The Hindu calendar starts with the month of Chaitra, the start of the spring season and in some places the harvesting season. The first day is celebrated as Gudi Padwa in Maharashtra, Yugadi in Karnataka and Ugadi in Andhra Pradesh & Telangana.

In my city of Thane the celebration of Gudi Padwa is in many ways special. This year I finally got a chance to document it.

Drums lined up for the procession

A musician performs on the street

The drums start with the gong

Traditionally dressed women waiting for the music to begin

Man with a gong

Dance of the drums 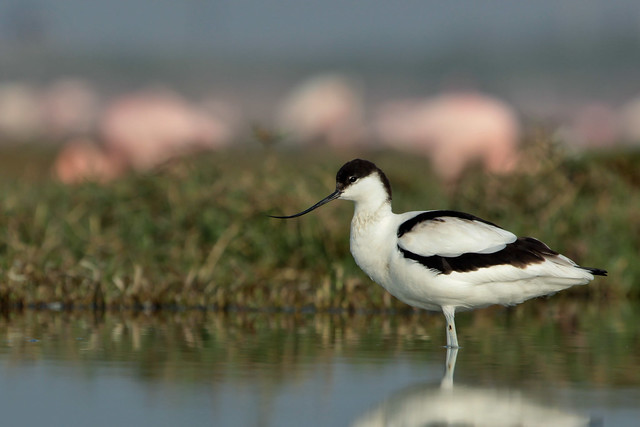 A remarkable bird with a special upcurved beak. This was captured in a wetland in Jamnagar

A typical day in my life starts with an alarm,usually before sunrise, and a nice cup of tea to go with the news. Several thousand miles away, I found out today, that there are children, hundreds and thousands of them, walking, swimming, crawling across the US border. Some fleeing in fear of an epidemic of street gang violence or extreme poverty in countries like El Salvador, Guatemala and Honduras. The President of Guatemala believes that, the migration is an direct result of the “lack of American will to help stem the violence from a drug war he believes American consumption habits have caused”(NYT June 20, 2014). The number of illegal immigration’s have risen from 6,000 to over 30,000 and are expected to rise. As these children lie at make shift military detention centers with poor conditions, the US seems incapable or inadequate in dealing with these enormous infiltration.

In my office, I sit at my desk, the air conditioning is whirring at the back, making the room uncomfortably chilled. The special FIFA World Cup Google doodle is visible on my desktop. Over 80% of the time that I spend at work, is in this comfortable environment inside. Just north of my safe haven a red coffin is unloaded at an airport in Nepal, and loaded at the back of the waiting truck. A 28 year old man has died, leaving behind a 19-year old wife with a child. The box is marked Doha, Qatar. As of 2013, Quatar has the third largest natural gas reserves in the world and the highest per capita income. This is clearly visible in Doha, its ultra modern capital city. Several state-of-the-art venues for the 2022 FIFA World cup, that is to be hosted by Qatar, are proposed here . However the people building these modern monoliths are nowhere to be seen in the city. These are migrants mostly from South-east Asia including, India, Nepal, Srilanka, Bangladesh and Pakistan. They are provided quarters outside the city and live in filthy and inhuman conditions. They toil through the 49°C heat, 6-7 hours a day, and several die young. The General Secretary, International Trade Union Confederation(ITUC), that monitors conditions of migrant international workers, estimates that “by the time the first football is kicked in the FIFA 2022 in Qatar, 4000 workers would have died, belonging to India and Nepal alone”.(Qatar’s World Cup, ESPN)(The Guardian, May 1, 2014).

On my way back, in the bus, I hear people discussing the situation in Iraq and the impact it will have on the petrol prices here. Meanwhile in Iraq, a youth is recording a video on his phone through a moving car. He has a gun in the other hand. The others like him, start shooting randomly at cars driving by. Once they find the car has stopped, or skidded of the road, these youths ensure that no one on board survives. People are shot down, several times after being dead, in broad daylight by people fighting in the name of religion. These are the so-called death squads of the  the Islamic State of Iraq and the Levant (Isis). The authenticity of these graphic videos is some what questionable. However in a BBC news report it is said that “dozens of bodies were found each day on Iraq’s streets as Shia death squads exacted revenge for horrific bombings that largely targeted their community”.

The world is increasingly getting smaller, thanks to the internet and media. However normal my day may seem, at the back of my mind now there is an awareness of a child becoming homeless or orphaned, girls becoming widows, families being exterminated and the initiation of the decline of the human race. With these things in my mind I switch on the air conditioning and lie down peacefully in my bed cause tomorrow is just another day.